Traditional testing presupposes that every question is equally difficult. For adaptive assessments, we have determined through research the difficulty level of each assignment. Every candidate is confronted with other items depending on his or her level. Put simply, when someone answers a question incorrectly, the next question is easier; and when someone answers a question correctly, the next question is more difficult. This makes it possible to ascertain a candidate’s level during the test itself, meaning we can avoid the scenario in which candidates whose level is low are confronted with far too difficult questions and candidates of higher intelligence are asked questions that are far too easy. The advantage is that we can determine someone’s level much more quickly and precisely.

In practice, this means that every candidate is given a different assessment. Every sub-test’s item bank currently consists of more than 200 questions, of which the system chooses the most appropriate. The sub-test stops once the candidate’s level has been reliably ascertained. The candidate can then take a time-out and continue with the next sub-test.


The ACT also offers the possibility to have candidates take a brief confirmation test, through the so-called Approve Test. This approach makes it possible for candidates to take the main test at home, before taking a brief confirmation test in a controlled environment later. If discrepancies are found between the two tests, it is recommended to repeat the test in a controlled environment. The candidate will be tested with new questions, to prevent potential learning effects.

Results of the Approve Test:

In case of doubt:

The ACT General Intelligence consists of three sub-tests that are discussed below:

Numerical
During this numerical test, a candidate is asked to discover the logical connection in a series of numbers. This analytical capacity is important for job positions that require calculation and positions in which conclusions are drawn on the basis of numerical material.

Abstract
During an abstract test, a candidate is asked to discover a pattern in a series of figures and apply that pattern in a logical manner. This analytical capacity is important for conceptually complex job positions that require problem-solving skills.

Verbal
During the verbal test, a candidate is asked to choose two words from six that jointly form an analogy with two other words. This verbal-analytical capacity is important for job positions that require verbal and/or written reasoning proficiency. 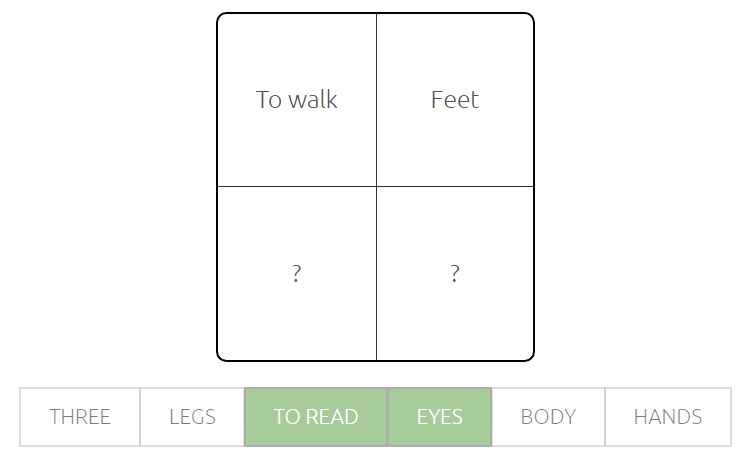 You will find all the component parts to which you have become accustomed in the ACT report, together with a number of additions. First, a general IQ-score is indicated, calculated on the basis of all three sub-tests. Second, an IQ-score for each of the sub-tests is indicated. Third, a reliability interval is reported; the two values between which the correct score lies – with 80% certainty. This metric indicates how reliable the measurement is. The type of questions asked and the objective is indicated for each of the sub-tests. Fourth, the candidate’s score is announced after reference group review. When retrieving the report, the advisor has been able to indicate the reference groups required in the report, choosing between MBO, VMBO, HBO/Bachelor and WO/Master, or a combination of some or all of them. The sten score, percentile score and T-score can be reviewed per reference group. Last but not least, you can find a score explanation that explains the meaning of the IQ-score, sten score, percentile score, T-score and reliability interval.

The ACT can be used for selection and advice procedures. You will find the ACT in the Intelligence category.

Example from the ACT report 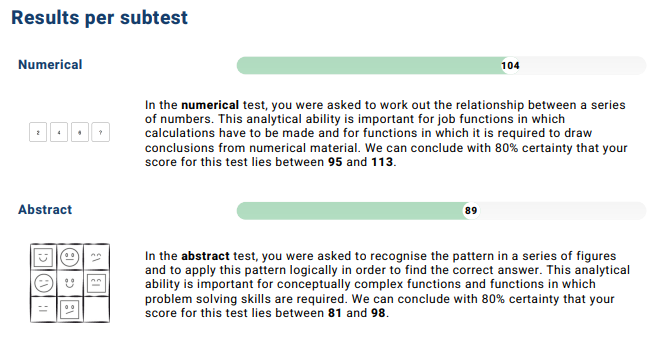