This programme consists of three sub-tests and is primarily used during Selection Assessments.

The scores of the three sub-tests are processed into one total score. The reliability of the results and their interdependent cohesion has been taken into account. This enables dependable statements to be made about the thought capacity level of candidates with regard to a HBO and WO norm group.

The reliability interval of this selection programme is smaller than that of the individual sub-tests. This implies that the conclusions are more reliable. Moreover, the total score has been separately standardised. When someone scores a 7 on every sub-test, the total score is rounded up to 8. This score is not a mathematical average. The selection programme is especially applicable for selection procedures in which an HBO or WO work and thought capacity level is required.

The three subtests of the HBO-WO selection programme are discussed below:

During an abstract test, a candidate is asked to discover a pattern in a series of figures and apply that pattern in a logical manner. This analytical capacity is important for conceptually complex job positions that require problem-solving skills.

During the verbal test, a candidate is asked to choose two words from six that jointly form an analogy with two other words. This verbal-analytical capacity is important for job positions that require verbal and / or written reasoning proficiency. 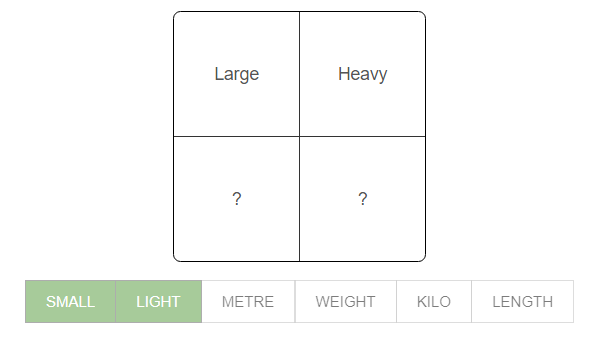 During this numerical test, a candidate is asked to discover the logical connection in a series of numbers. This analytical capacity is important for job positions that require calculation and positions in which conclusions are drawn on the basis of numerical material.